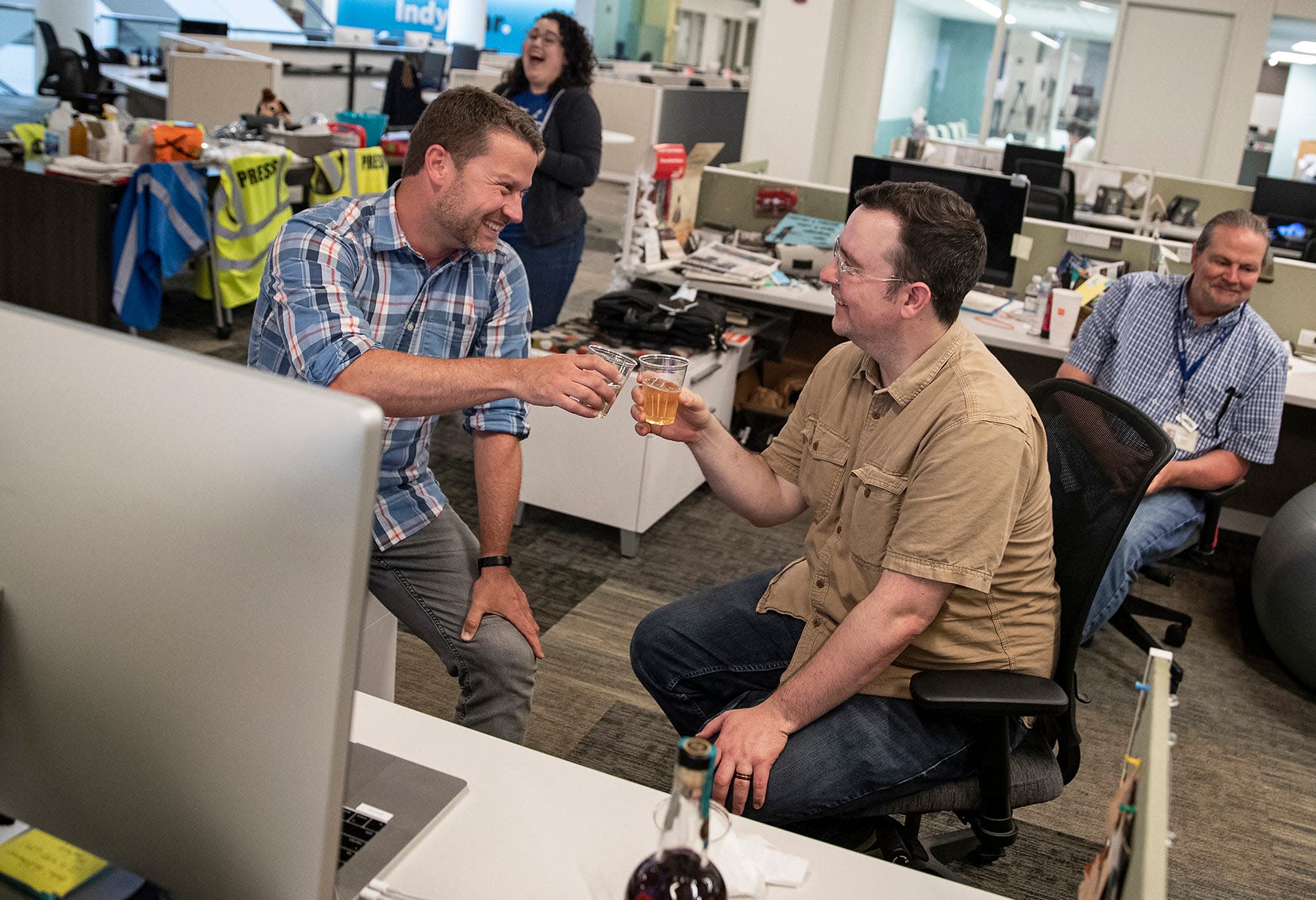 Darnella Frazier, the teenager who recorded George Floyd’s murder, was honored with a Special Citation by the Pulitzer Prize board on Friday, illustrating the sweeping role citizens can play in journalism through social media.

A publication in Gannett’s USA TODAY Network also won a Pulitzer Prize award for journalism, and another was named as a finalist in two categories.

The board that oversees the annual awards named The Indianapolis Star, also known as IndyStar, as a co-winner of the Pulitzer Prize for national reporting alongside the Chicago-based Invisible Institute, AL.com and the Marshall Project. They shared the prize for a collaborative investigation into the damage done to Americans by police dogs.

The Louisville Courier Journal, also part of the USA TODAY Network, was named a finalist in two categories, public service and breaking news, for its comprehensive and revealing coverage of the police killing of Breonna Taylor.

It marks the second straight year in which The Courier Journal has been honored by the Pulitzer board. In 2020, the publication won the breaking news award for reporting on last-minute gubernatorial pardons in Kentucky.

“I could not be more proud or happy for this recognition and for The Courier Journal,” said Maribel Perez Wadsworth, president of the USA TODAY Network. “Our journalists rose to meet every challenge 2020 brought to the communities we serve. They were relentless in pursuing truth and accountability. I am incredibly humbled to work with such talented, passionate, difference-making journalists.”

The Indianapolis Star’s shared Pulitzer was awarded for a yearlong investigation that revealed how police dogs have attacked and maimed people accused of petty crimes, bystanders and even officers. The journalists built a database of records detailing more than 150 severe incidents.

Katrice Hardy, executive editor of The Indianapolis Star, said she was “absolutely stunned,” adding that she was reminded of the compelling work her staff did in collaboration with the other publications that were honored.

“I think it says a lot about why we matter,” she said. “We have creatively figured out ways to aggressively go after the news that impacts our communities the most. I hope people see why they can’t do without us.”

The Pulitzer board recognized The Courier Journal for its coverage of the killing of Taylor, a Black medical worker shot by police officers who were serving a no-knock warrant. The publication obtained and published secretive records tied to the shooting, covered the street protests that ensued and revealed how no-knock warrants disproportionately target Black residents. The organization published more than 950 stories in the aftermath of Taylor’s death.

Mary Irby-Jones, executive editor of The Courier Journal, said she was thrilled to see the work of her journalists “validated.”

“I don’t think that Breonna Taylor’s family would have seen the kind of justice that she saw if it had not been for their relentless, determined staff at The Courier-Journal that was willing to fight for public records,” said Irby-Jones, who was appointed editor in February.

John Watson, a journalism professor at American University and past recipient of the Ida B. Wells Award from the National Association of Black Journalists, said he’s “tremendously proud of the journalists who got out there and still did this difficult but remarkably important job” in 2020.

The coronavirus pandemic made it particularly tough for journalists to do their jobs, he noted.

“It’s one struggle just getting information out to people, but then there’s the added and unnecessary and dangerous struggle where you have to correct misinformation,” he said.

The awarding of special honors to Frazier, the teen who recorded the Floyd video, exemplified the importance of the willingness to listen and tell stories from the perspective of the communities being covered, Watson said.

“I like the fact that so many news organizations embraced the story she was there to witness,” he said. “I think that indicates what we as journalists have to do. We have to be willing to recognize that there are 300 million other pairs of eyes that will be able to get the best evidence of the truth.”

You can follow USA TODAY reporter Nathan Bomey on Twitter @NathanBomey and subscribe to our free Daily Money newsletter here for personal finance tips and business news every Monday through Friday morning.