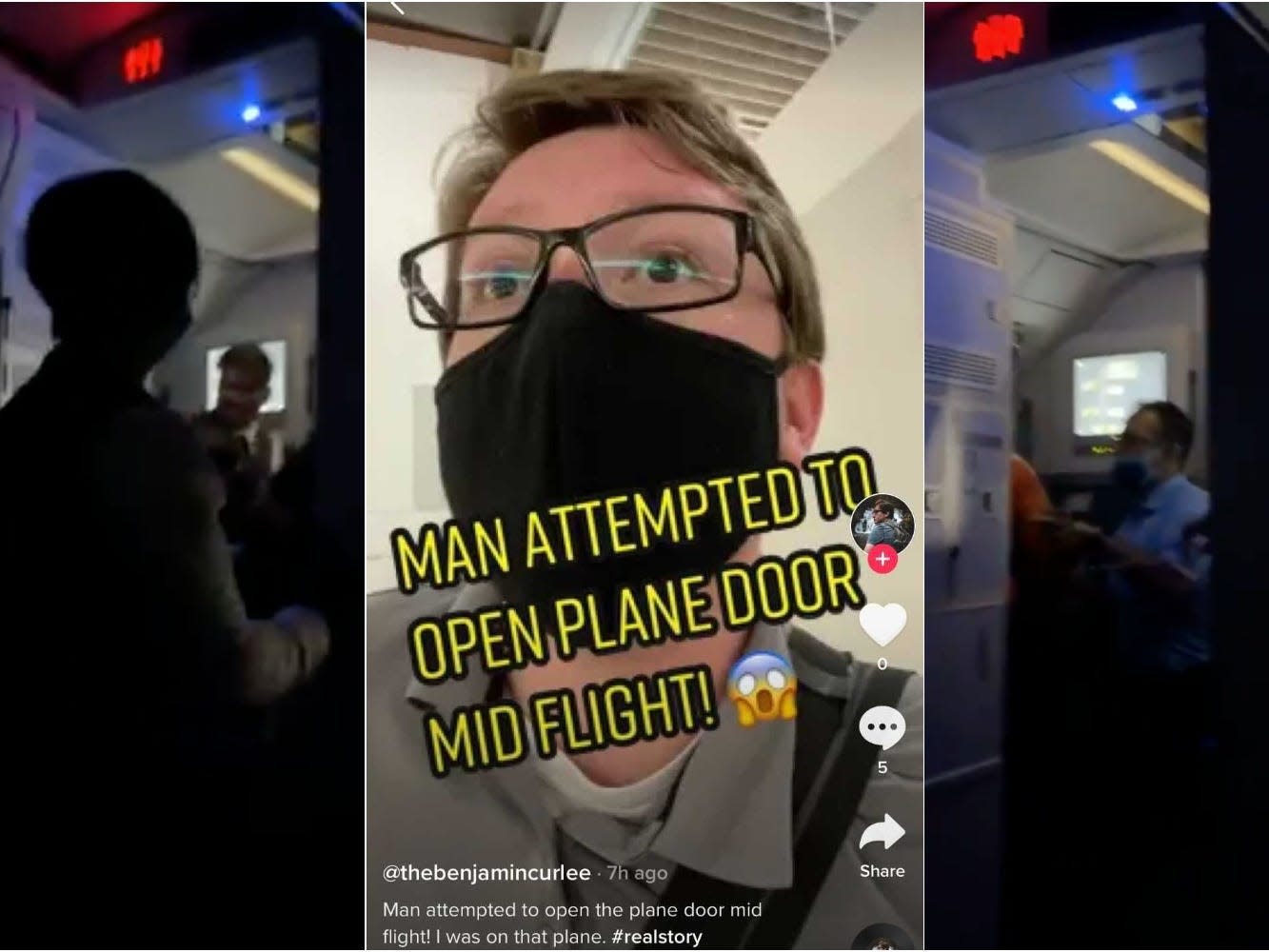 A video from the incident on Saturday morning shows passengers scrambling to restrain the man during his attempt to open the cabin door mid-flight.

The man had repeatedly shouted that he would “take the plane down” and assaulted two female flight attendants, a spokesperson for Oklahoma City Police Department told Insider.

Benjamin Curlee, a passenger on Delta Flight 1730, said that an in-flight announcement urged all “able-bodied men” to come to the front of the plane to hold down the man.

“The passengers helped bring him to the ground fairly quickly,” Curlee told Insider. “It was very tense,” he added.

The passengers succeeded in restraining the man and he was removed by law enforcement after the plane landed in Oklahoma City, a Delta spokesperson told the Independent.

He was taken into custody by the local police department and was later transported to a nearby hospital after complaining of chest pains, an Oklahoma City Police Department spokesperson said.

Officials from the Federal Bureau of Investigation (FBI) are investigating the incident, the spokesperson added.

Pluggy Simmons, a passenger on the flight, told Insider that he is still shaken by what happened. “The experience was one of the worst of my life,” he said.

In recent weeks, several Delta flights have been diverted due to problematic passengers.

On Friday night, a Delta flight from Los Angeles to New York was diverted to Detroit after a passenger became a security “threat.”

Last week, videos emerged of a man attempting to breach the cockpit of a Delta Air Lines flight from LA to Nashville..