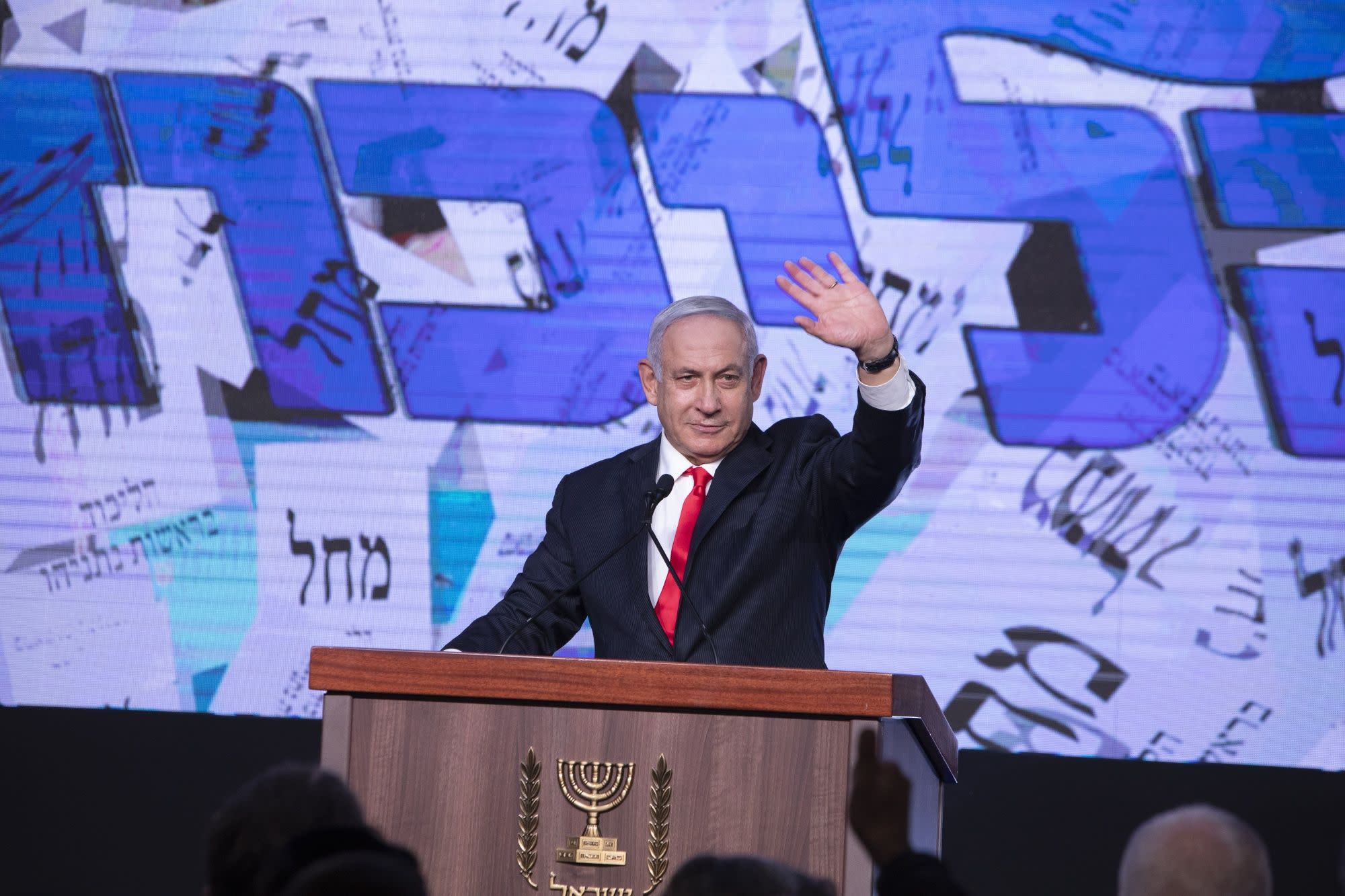 (Bloomberg) — Benjamin Netanyahu’s 12-year run in power was terminated as Israel’s parliament voted in a disparate coalition that’s pledged to put aside conflicting political ideologies in order to focus on national imperatives like charting an economic recovery from the coronavirus pandemic.

Lawmakers in the 120-member parliament voted 60 to 59 with one abstention to install religious Jewish nationalist Naftali Bennett as prime minister. He’s set to hand the reins in August 2023 to the centrist Yair Lapid under the power-sharing agreement that allowed the new government to get off the ground.

“This is the hour that the burden of leading the nation and the country passes, as in a relay race, to the next generation,” Bennett, a high-tech millionaire, said over the unrelenting heckling of Netanyahu’s allies as he addressed the plenum before the vote.

For the indicted Netanyahu, the vote marks a brutal fall from power that leaves him even more legally imperiled. He’s at trial on corruption charges, which he denies, and out of office no longer has the option of seeking to pass legislation shielding a sitting leader from prosecution. He vowed to return to lead the country.

At the top of the new government’s agenda is passing the first national budget in three years to assuage concerns from investors and ratings agencies over Israel’s emergence from the global health crisis. Unemployment and government debt surged last year but Israel has for years been plagued by low productivity, a high cost of living and inequality. Four inconclusive elections over two years, spurred in part by Netanyahu’s ongoing corruption trial, only deepened its problems.

Finding agreement on diplomatic and security issues will be difficult because the coalition houses factions that are secular and religious, hawkish and dovish, and includes an Arab party for the first time in Israeli history.

That makes some pressing regional issues potentially destabilizing. The U.S. is calling for reconstruction in Gaza — pummeled by Israel in last month’s 11-day conflict that also fueled communal fighting between Jews and Arabs in Israeli cities. World powers’ negotiations to revive the nuclear deal with Iran, Israel’s top foe, could complicate relations with Washington.

Bennett, a 49-year-old millionaire and former technology executive who heads the small Yamina party, teamed up with Lapid after elections in March produced the fourth stalemate in two years. Neither Netanyahu’s camp nor the opposing bloc were able to muster a parliamentary majority without Bennett, making him a kingmaker.

The ex-defense minister wavered over his decision during the fighting with Hamas militants in the Gaza Strip last month, but eventually decided Netanyahu didn’t have enough seats to form a right-wing government and avoid yet another round of balloting, ultimately birthing the most unlikely government in Israel’s history.

Or, according to Netanyahu, a coalition that endangers the country’s future.

He argued that a government including Lapid and left-wing partners would cower before international pressure to revive the Iran deal, which Netanyahu characterizes as a path for the Islamic Republic to threaten Israel with nuclear weapons. And he insisted that a government dependent on an Arab party would appear weak in the eyes of Palestinian militants.

Even before he formally was voted out of office, Netanyahu signaled that a comeback bid was in the offing — and soon.

“If we’re destined to be in the opposition, we will do it with our heads held high until we topple this dangerous government and return to lead the country in our way,” he said in a speech to parliament.