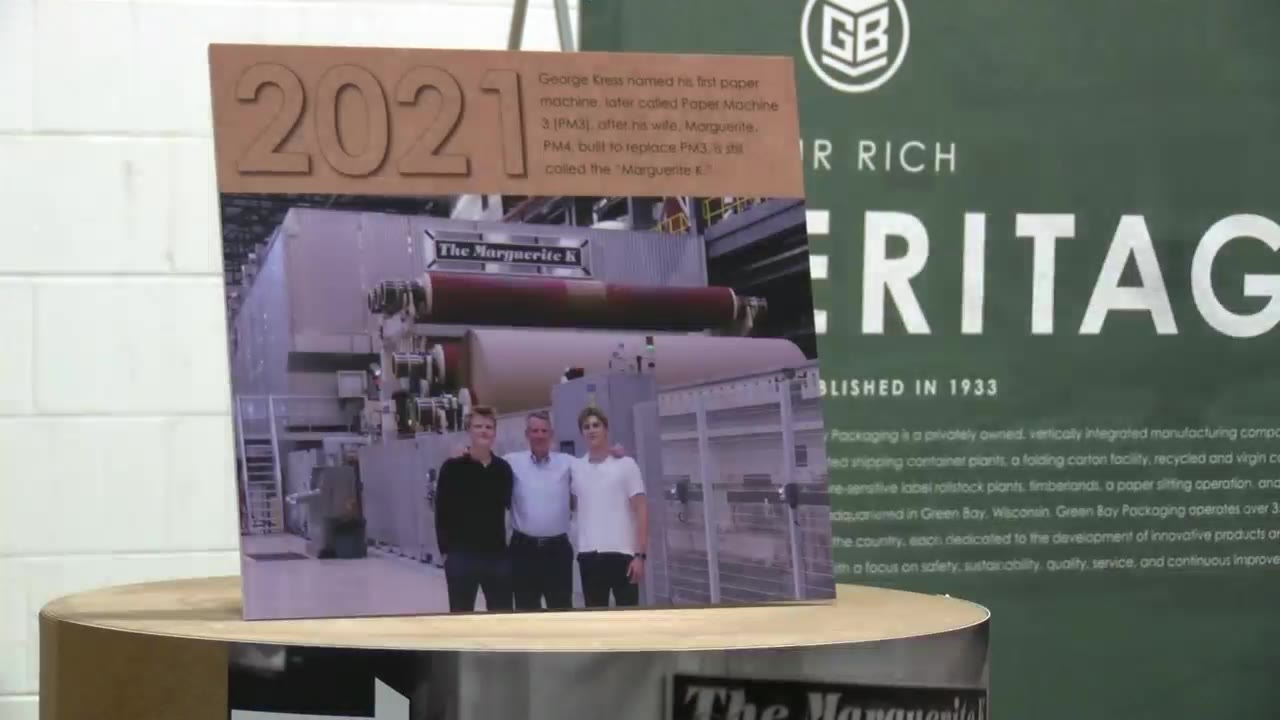 Inside Green Bay Packaging, a half a billion-dollar investment is celebrated.

“We basically built a brand-new paper mill from the ground up,” said company Chairman & CEO Will Kress.

“It really is kind of impossible to find the appropriate superlatives to talk about this project,” said Green Bay Mayor Eric Genrich.

Nearly three years ago Green Bay Packaging announced they were investing in their business. By replacing their 71-year-old mill, creating the largest business development project in Brown County.


GB chiropractor to treat Olympic hopefuls at trials in Oregon

“This was a major, major undertaking for us. It was a huge project,” Kress said.

The company’s CEO said they needed to build to stay competitive and while they could have built elsewhere, Kress said it was important to remain in Green Bay.


UPDATE: 4 plead not guilty in connection with burned body in forest

And in doing so they created 200 new jobs and preserved 1,100 more here in Northeast Wisconsin. And today they celebrated their new mill and new opportunities.

“We did a great job, and a lot of folks did a lot of work, made a lot of sacrifices to make this happen,” said Szymanski.

Over three-million-man hours went into constructing the mill.