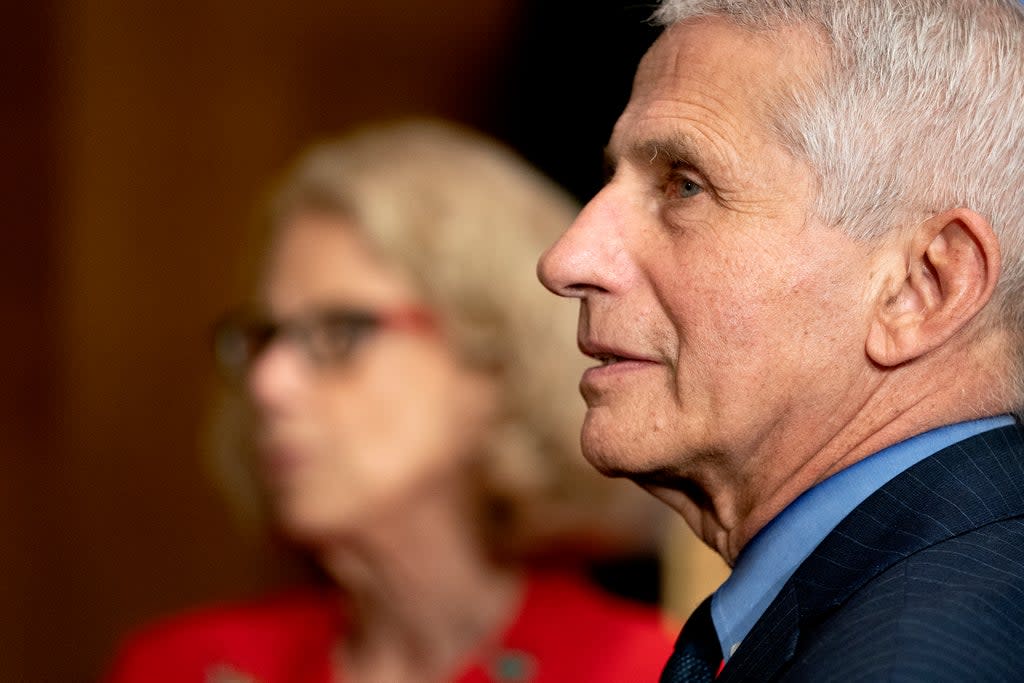 Dr Anthony Fauci has pushed back on the notion that US officials downplayed the possibility Covid-19 was caused by a Chinese lab leak.

The government’s top infectious disease specialist said that it was a “distortion” to claim that health officials had ruled out the idea that the coronavirus had escaped from a Wuhan laboratory.

The director of the National Institute of Allergy and Infectious Diseases has said that he remains open-minded about the origin of the virus, which has now killed more than 600,000 people in the US.

“If you go back then, even though you lean towards feeling this is more likely a natural occurrence, we always felt that you gotta keep an open mind – all of us,” he told CBS This Morning.

“We didn’t get up and start announcing it, but what we said: ‘Keep an open mind and continue to look.’

“So I think it’s a bit of a distortion to say that we deliberately suppressed that.”

Former President Donald Trump pushed the lab leak theory while in the White House, while scientists said it was most likely a natural occurrence.

President Joe Biden supports a full investigation into Covid-19 and called for the Chinese government to release all of its data.

Mr Biden has also asked the national intelligence community to investigate if the virus escaped from the Wuhan Institute of Virology.

Earlier this week, a group of House Republicans, including Marjorie Taylor Greene, introduced legislation designed to remove Dr Fauci from his position, accusing him of misinforming Mr Trump.

The group’s “Fire Fauci Act”, if passed, would “bring Fauci’s salary to zero” and requires the US Senate to confirm his replacement.

Experts say that there is not currently enough evidence to prove the lab leak theory or to rule it out, according to the Nature science journal.

Despite the uncertainty surrounding the origins of the virus, conditions in the US have improved to a stage where states can fully re-open.

This week, California has re-opened and removed virtually all of its pandemic restrictions after administering more than 40m vaccinations to more than 70 per cent of the state’s adult population.

Masks are no longer needed for vaccinated people in most settings, but counties and businesses can still require them.

Scientist opens up about email to Fauci on Covid origins

NOT REAL NEWS: A look at what didn’t happen this week