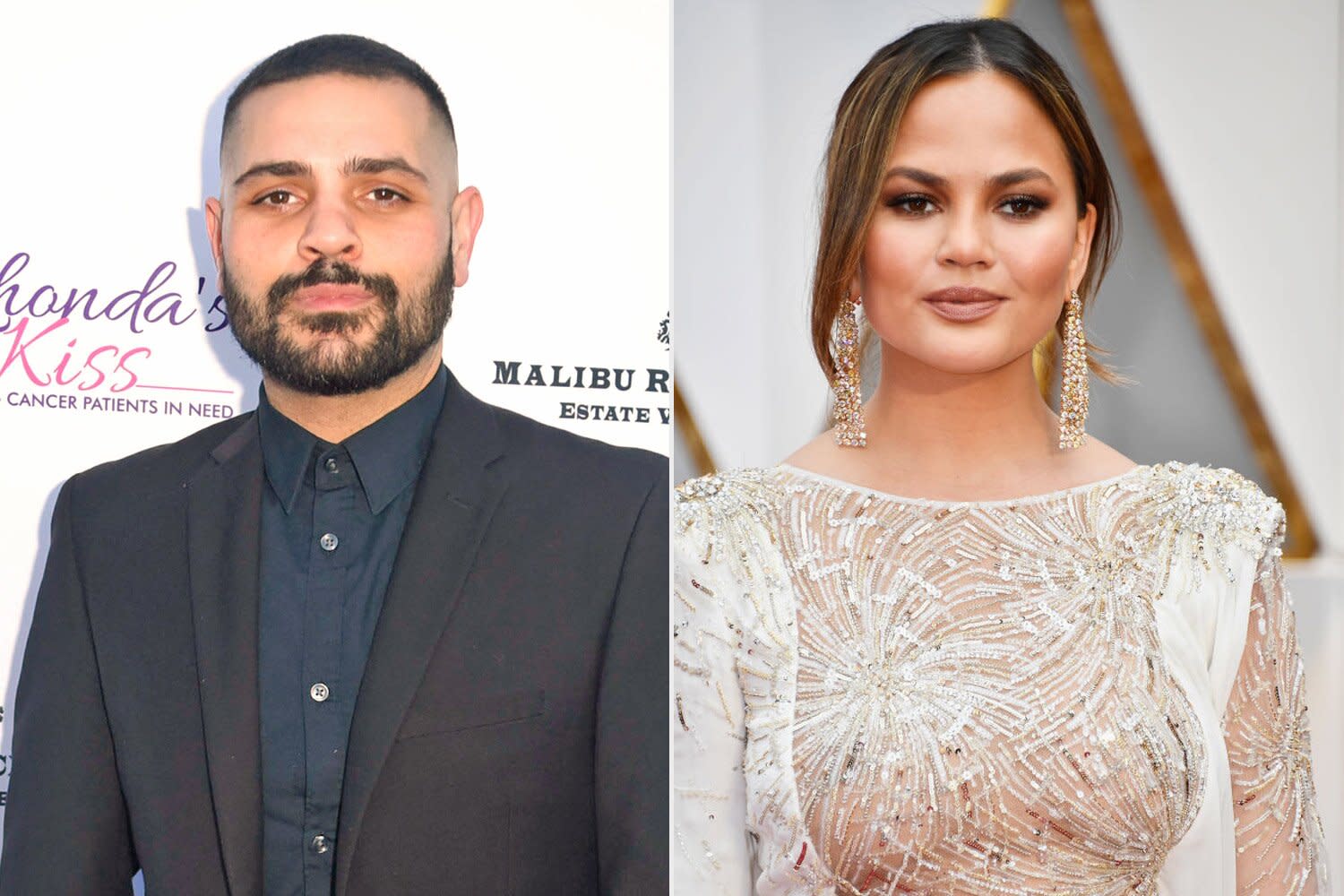 Chrissy Teigen‘s team is addressing the bullying allegations recently made by fashion designer Michael Costello against the star.

In an article published by Business Insider on Thursday, a team representative for Teigen, 35, claimed the purported Instagram direct messages from the Cravings cookbook author in 2014 – which Costello, 38, posted earlier this week alongside accusations of bullying – are fake.

As the outlet noted, the screenshots showed several temporal inconsistencies that may suggest they had been altered in some way.

Examples include a missing verified checkmark next to Teigen’s name – which would suggest the screenshots were taken in 2014, before Instagram’s verification program had launched – in the same screengrab featuring purple and blue messages, a design implemented by the social media platform in 2020.

The screenshots also showed a video chat icon – something that was introduced on Instagram in 2018 – alongside a profile photo that Teigen had changed no later than 2016, according to Business Insider.

A representative for Costello did not immediately respond to PEOPLE’s request for comment.

RELATED: Chrissy Teigen Apologizes to Courtney Stodden for Past Online Bullying: ‘I Am Ashamed’

In a Medium post Monday, Teigen apologized for her past hurtful tweets, writing that “not a day, not a single moment has passed where I haven’t felt the crushing weight of regret for the things I’ve said in the past.”

“There is simply no excuse for my past horrible tweets. My targets didn’t deserve them. No one does,” she wrote. “Many of them needed empathy, kindness, understanding and support, not my meanness masquerading as a kind of casual, edgy humor. I was a troll, full stop. And I am so sorry.”

“There’s no justification for my behavior. I’m not a victim here. The subjects of your sympathy – and mine – should be those I put down,” Teigen wrote. “The truth is, I’m no longer the person who wrote those horrible things. I grew up, got therapy, got married, had kids, got more therapy, experienced loss and pain, got more therapy and experienced more life. AND GOT MORE THERAPY.”

RELATED VIDEO: Chrissy Teigen Speaks Out After Past Online Bullying: ‘I Was a Troll, Full Stop – I Am So Sorry

“Life has made me more empathetic. I’m more understanding of what motivates trolling – the instant gratification that you get from lashing out and clapping back, throwing rocks at someone you think is invincible because they’re famous,” she continued. “Also, I know now how it feels to be on the receiving end of incredible vitriol. Believe me, the irony of this is not lost on me.”

Soon after the post was published, Costello claimed in a statement shared on social media that he has “unhealed trauma” due to alleged experiences with Teigen – particularly after she commented publicly on his Instagram after he was accused of racism in 2014. (Costello has claimed that a comment circulating in 2014 in which he appeared to use the n-word was photoshopped by a former disgruntled employee.)

Alongside the statement, Costello shared two unverified screenshots of an alleged Instagram direct message exchange he had with Teigen back in 2014.

RELATED: Leona Lewis Says She Was ‘Deeply Hurt’ by Michael Costello After He Accuses Chrissy Teigen of Bullying

“She apparently formed her own opinion of me based on a photoshopped comment floating around the internet which has now been proven to be false by Instagram and since taken down,” Costello said in his statement.

According to Business Insider‘s story on Thursday, Instagram’s fact-checking policy had not yet been implemented in 2014 and the social media platform does not remove false information.

In an additional statement shared to his Instagram on Wednesday, Costello said that he was “not going to address any more issues in regards to false statements proven to be false, false stories from those aspire to clout chase, and false allegations made by those close to my bullies in an attempt to smear my name.”